Retired Navy SEALs Gordon Evans and Mark Cochiolo are two of Tactical Hyve’s Subject Matter Experts. I’ve trained with them privately but have never taken a group class with them.

With the demand for in-person training, both Gordon and Mark created Combat Pistol 1, so I was excited to see how they handle a bigger group of students given the high quality, private training they’ve given me.

If you’re unfamiliar with both Gordon and Mark (who likes to be called, “Coch”), they are two well-respected Navy SEAL veterans who together, have taught well over 6000+ Navy SEAL candidates.

Combat Pistol 1 is a 2-day class designed for beginner to intermediate shooters, with an emphasis on covering topics and techniques that are essential in a deadly force encounter.

Let’s take a closer look at the class.

Coch and Gordon run a professional, organized, yet laid back class, which is a good mix for the vast majority of shooters. They are also the safest instructors I’ve trained with, which likely comes from years of training military students from the ground up.

Equipment requirements were reasonable. At a minimum, students had to bring a pistol, magazines, a range belt, a holster, ammo, and eye and ear protection.

I quickly noticed how Coch and Gordon spend more time with each student than I’ve seen in other classes. If they noticed a problem or issue, they took their time with students to make sure they got it right. They seem deeply invested in seeing their students improve.

Because of this, I think this class is best suited for beginner to intermediate shooters who are unsure of their technique, have marksmanship problems, or shooters who need to fine-tune or polish their fundamentals.

The first day started with a quick introduction and safety brief, followed by a  discussion about mindset. Coch and Gordon wanted students to understand that they were attending a combat pistol class rather than a traditional, pistol marksmanship class.

For example, they talked about combat accuracy versus precision. They emphasized landing effective shots on target quickly versus trying to get the tightest shot group.

I liked how they started off with this mindset talk because I feel it’s important for one to understand what surviving a deadly force encounter requires, and what kind of mindset one should have.

To me, the biggest argument to favor the slingshot method over any other method is that it can be used on any semi-automatic pistol, regardless of hand and pistol size. Some shooters, for example, will not be able to hit their slide release if they use a sub-compact size gun and have big hands.

The class then moved to the firing line for a  timed shoot-in drill, which was 5 shots, a reload, and another 5 shots at a 6-inch circle. This gave Coch and Gordon the chance to assess all of the students’ skills and provide a baseline for the class.

During the assessment, they noticed some students did not have a good grasp of the fundamentals, so they placed a heavy emphasis on working the fundamentals the first day.

Proper stance, grip, sight alignment, sight picture, trigger control, and follow-through were taught and students had ample time to practice on the firing line through a series of drills to work specific skill sets.

We started with 2 shots with a scan from the high ready. Coch and Gordon are proponents of scanning and assessing, so students were expected to scan and assess after each string of fire.

While carrying out every drill, Gordon and Mark watched each student and either corrected their technique or showed students ways to improve. As mentioned earlier, out of all the classes I’ve attended, Gordon and Mark spend the most time with each student, which is great for students.

The class moved on to a single shot drill to work trigger reset so that students train themselves to reset their triggers quickly, allowing them to take quick follow up shots if necessary. Both Coch and Gordon are proponents of resetting and prepping triggers after every shot, versus the flip and press method.

We then carried out target transition drills, landing two shots on two separate targets. This allowed students to hone in on their fundamentals while gradually ramping up the difficulty of the drills. Coch and Gordon emphasized leading with one’s eyes followed by their pistols when transitioning to a different target.

After, we moved on to dealing with common pistol malfunctions using the tap-rack technique. We used dummy rounds to induce a malfunction. When a student experienced a click with no bang, they were to carry out an immediate action drill to fix the malfunction.

The class moved on to working recoil management carrying out five-shot strings from various distances. By firing five shots in a row, students could test their grips to see if they maintained a consistent grip to help manage recoil or if their grips moved apart while firing.

Firing from different distances allowed students to shoot at different cadences–the further from the target, students should shoot slower to ensure accurate shots. The closer students got to their targets, they were expected to shoot faster.

When it comes to recoil management, I really resonated with one point they taught. When gripping, people often are told to have a firm grip, but students are hardly ever told where one should focus their grip pressure.

Without guidance, many students will naturally grip hard with their fingers. However, I was first taught by former Navy SEAL and pro shooter Fred Ruiz, to apply a clamshell grip where there’s more pressure between the heels of my palms instead of my fingers. This changed the game for me when it comes to recoil management.

I liked how Coch and Gordon taught this detail to the class as it has worked very well for my shooting.

We then moved on to moving and shooting, working forward movement and moving on a 45-degree angle towards our targets. Like other instructors I’ve trained with, Coch and Gordon explained how moving and shooting isn’t rocket science. One should have a slight bend in their knees to act as shock absorbers to minimize the movement of one’s sights.

Imagine carrying a full glass of water across a room. A person would walk slowly and have a slight bend in their knees to help avoid spilling the water. They also explained how one should let their sights lead their triggers. In other words, the right time to pull the trigger is when one’s sights are on target–instead of waiting for a specific type of footing on the ground.

We then ended the day with Coch teaching their method of the standard draw. They teach a unique method, which I’ve only seen among Navy SEALs. After their pistol leaves the holster, they teach students to immediately drive the gun up towards their head so that one can see their front sight from their periphery and can push out while still seeing their front sight.

There are several reasons why they teach this method. One of the reasons, for example, is to have your support hand ready to push an assailant away if necessary. It’s a position of power, so to speak.

In contrast, if one places the palm of their support hand on their stomach or chest, it becomes very easy for an assailant to rush a shooter and pin that support arm against the shooter’s body.

Day 2 started with a talk about situational awareness. They discussed Cooper’s colors: white, yellow, orange, and red. White signifies when one is switched off and not alert, yellow is when one is alert but also calm and relaxed, orange signifies a heightened level of awareness when someone senses something isn’t right, and red is when the fight is on. They also discussed black, which isn’t originally part of Cooper’s colors, but was added in later years. Black represents when one is completely caught by surprise.

Coch and Gordon discussed how it doesn’t take much for one to live in condition Yellow, and how being even a bit more aware can save lives.

After, the class revisited the draw, with Coch and Gordon adding more details. Students were given time to practice during live-fire drills, and they were now expected to start every drill from the holster.

Gordon then covered one-handed shooting. He explained that in his experience, some shooters will perform better shooting with one-hand because they tend to hyper-focus on their technique and what they are doing.

Shooting one-handed gave students the opportunity to pay attention to every little movement so they could self-diagnose any issues.

For the rest of the day, we focused on shooting from barricades and moving and shooting, using barricades.

When shooting from barricades, they taught the importance of positioning yourself away from a barricade instead of being right up on it, and taught students how to approach barricades when standing and when kneeling. They also explained the difference between cover and concealment.

Students had the opportunity to combine movement with shooting from barricades to induce some stress and to provide students with a good amount of repetitions.

We worked moving forward and laterally from one barricade to another.

We then moved on to some man-on-man drills, allowing students to get a lot of repetitions to work what they learned over the past two days and to have a little fun. This allowed students to perform at faster speeds under stress, giving Coch and Gordon another opportunity to find areas of improvement for each student.

Finally, the class ended with a repeat of the baseline drill we did at the start of the class. Students shot 5 rounds at a 6-inch circle, reloaded, then finished with another 5 shots. Times and misses were recorded. The shoot out allowed students to see if they improved over the course of the two days.

Given that Coch and Gordon are subject matter experts at the hyve, rather than hear my final verdict, let’s listen to what several of the attendees had to say. 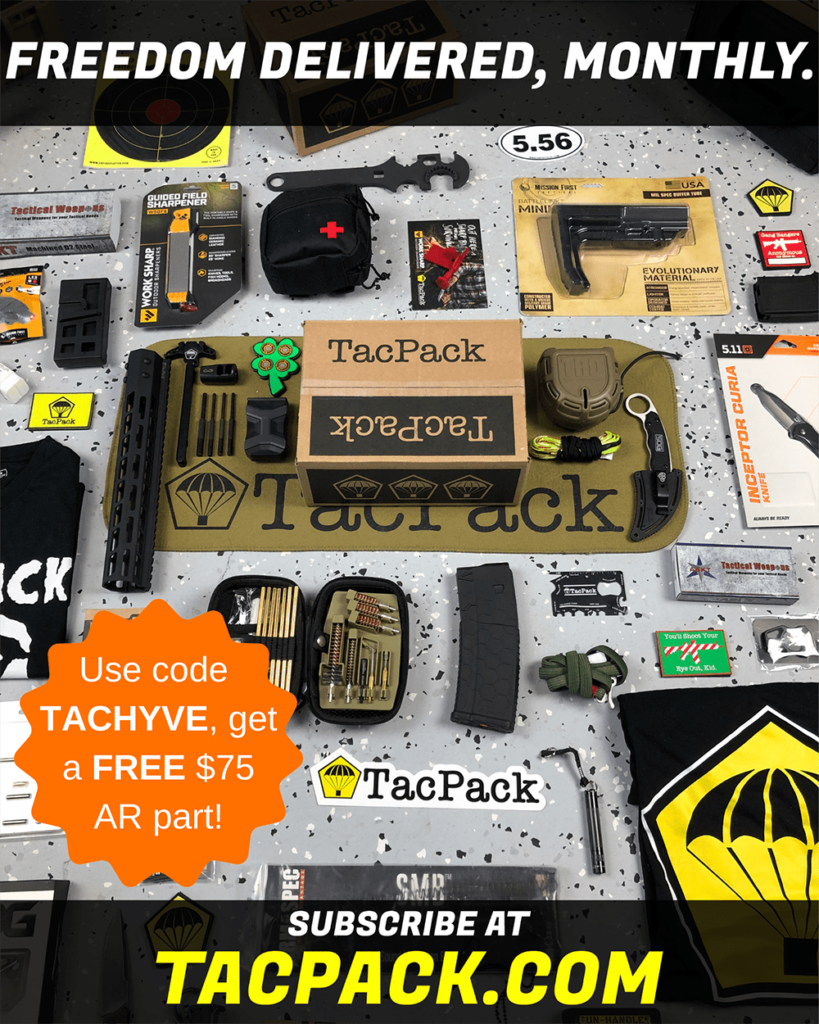