You are here: Home / Training / Basics / Retired Navy SEAL Demonstrates How to Draw a Handgun from a Holster

One of the most important aspects of owning and using a firearm is the draw. We’ve all seen the cowboys in movies draw at high-noon in the middle of the town to settle their disagreements.

Watching them go at it is without a doubt the most suspenseful part of the film. As you can probably guess, the most important part of this standoff is their draw.

While settling a card game with a duel has widely gone out of style, the art of the draw is still one of the most important aspects of firearm training.

Although we don’t have a real-life cowboy gunslinger with us today to teach this technique, we’ve got someone better: retired Navy SEAL Chief Gordon Evans!

Before getting into this, Gordon highly recommends that to really get comfortable with the movements associated with drawing correctly, dry fire practice is key!

The majority of all firearm-related casualties occur when drawing from the holster so be very familiar with the technique before adding bullets to the gun.

He also recommends that you find and equip yourself with a proper holster that is designed in such a way that you can’t reach the pistol trigger well until drawn.

This is important as it minimizes the possibility of an accidental discharge while you’re drawing a gun, and possibly saves you from a bullet in the leg.

Also, this article is about a standard draw, from an over holster; drawing from a concealed carry holster may be a bit different based on its design and position.

Now that that’s out of the way, let’s get to it!

Setting up for a Proper Draw

As always, the first thing that needs to be done when preparing to draw from a holster, or anything having to do with firing a gun, is starting from the ground up by building your stance.

Set yourself up by putting your feet about shoulder-width apart and have whichever foot associated with your firing hand slightly behind your other foot.

This is the basic stance that Gordon likes for beginners to take, but there are a variety of shooting stances you can incorporate.

The way the military teach drawing from a holster is slightly different than what is being demonstrated in this lesson. This lesson is for those in the civilian world who are practicing self-defense so the stance will naturally be different.

To start, have your hands up in front of your face as if you were surrendering. Gordon is having you start in this position because this is likely how you will be if you are being accosted by an attacker. It also forms the basis for the next steps in the draw.

Using Your Support Hand During the Draw

While reaching for your pistol in its holster, bring your support hand to your chest. You’re going to want to pull your hand back with your thumb touching your chest and your fingers below your chin. Practice this motion until it’s burned into your muscle memory and you practically do it by instinct.

The reason why this movement is so crucial is that it lets you always know where the support hand is and keeps it out of danger during the draw. You wouldn’t want to lose a finger if you accidentally draw and fire too quickly.

Another reason why it’s important to have your support hand in this position is that it can be used for offensive purposes. By having your support hand “out” as opposed to “flat” on hour chest, your arm is in a stronger position to push an attacker if necessary.

In the event that you’re drawing your weapon on an aggressor and they decide to rush at you, having your support hand in this position will allow you to effectively strike back with the strongest part.

Also, if they attempt to stuff your hand and arm, having it in that position makes it easier for you to resist. If your hand was flat against your chest, you don’t have the strength to resist.

Now that you’ve mastered the motion of bringing your support hand to you as your firing hand reaches for the pistol, it’s time to discuss touchpoints.

We haven’t mentioned this yet, but you’ve already begun mastering it with the support hand exercise previously mentioned.

Touchpoints are essential as they establish where things are in relation to your body so that you can manipulate them without looking.

The most important touchpoint for your firing hand will be the grip of the pistol or revolver in its holster while reaching back for your holstered gun, use your middle two fingers to locate the gun.

As you practice this, it may be beneficial to watch your firing hand find the grip of the gun. Once you’ve got a good feel for this, you can begin to establish your touchpoints without looking.

It’s important that you put the motion of bringing your support hand to your chest and bringing your firing hand back to the gun and establishing touchpoints together. You should imagine that they are connected by a string; when one hand moves in its intended direction, the other hand is moving as well.

Driving Down and Establishing Grip

So, you’ve got your support hand up to your chest (in the proper position) and have established your touchpoint on the gun. Now’s the time for you to actually drive down and grip the gun. As you drive straight down, curl your fingers around the grip. Doing so will establish a firm grip on the weapon.

This is important because the grip you develop with the firing hand during the draw will be the grip you have on the weapon when you fire it.

As you know, the grip you maintain is essential for sustained, accurate firing as well as managing and controlling pistol recoil. Failure to build this grip will mean that you need to re-establish the grip post-draw, which can make a huge difference in a life-or-death situation.

After you’ve driven down, curling your fingers around the gun establishing a proper pistol grip, pull straight up and out to about shoulder level, and place your thumb high on the side. You want to have your thumb high because now’s the time for that support hand to come to the gun. Also, make sure that you bring the gun straight up and not bringing it low-high (“Bowling”) or high-low (“Fishing”).

As you bring the support hand to the gun, it can fit into your already established grip. If your firing hand thumb is low on the weapon, you won’t be able to effectively create a good grip and your accuracy, among other things, will suffer.

As you push the gun out towards the target, thus completing your firing stance, use that time to situate the grip appropriately. Many new shooters begin pushing the gun out once it’s been drawn and have the support hand “chase” the weapon. This means that you’ll have a less than perfect grip and will certainly affect how accurate you are, particularly if you need to fire soon after.

We mentioned earlier that when drawing, you want to bring the gun up to about shoulder level.

This probably contradicts what you thought after seeing so many gunslingers immediately draw, turn the gun toward the enemy, and quickly pull back the hammer and fire.

Unless you’re the Best in the West, this probably won’t work for you.

Instead, Gordon instructs that you should bring the gun to about shoulder level so that you can get your eyes aligned with the sights. Once you’ve done this and your grip is firmly and properly established, you can push the gun out towards your target and fire.

Another important point to practice when drawing is keeping your trigger finger off the trigger until you’re ready to shoot.

It can seem practical, maybe even comfortable, to immediately place your finger on the trigger after drawing, but it’s an extremely dangerous habit to build.

Often forgotten in the technique of drawing is the opposite, but no less important, aspect: holstering your weapon.

As we’ve said before, drawing AND holstering are the times when accidents are most likely to happen, which is why you should do it properly.

Gordon recommends that once you’re finished firing, take your finger off the trigger, bring the gun back towards you, scan the environment, and get some nice situational awareness before determining no threat still exists.

Then, place your firing thumb on the back of the pistol, remove your support hand, bringing it back to your chest, and drive the gun back into the holster. Simple and safe!

Even though drawing and holstering a weapon are considered one of the most basic aspects of owning and operating a firearm, by no means is it one of the easiest.

As you may have noticed by the depth of this article, there are a lot of movements and components that go into properly executing this maneuver. Just like everything else, continued practice is the most important and effective thing you can do to improve your draw.

If you have more questions about drawing your pistol, make sure to check out our forums section so that you can get advice from our community of subject matter experts.

And if you’re interested in more advanced techniques, make sure to check out our article on drawing a pistol from concealment which takes what you’ve learned here to the next level.

Remember that those gunslingers from the past all started out as beginners. Practice, training, and unscrupulous card players led them to the fame they now enjoy. Go out and do the same (maybe without the dueling at high-noon)! 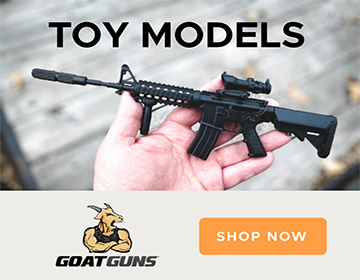 AGREE OR DISAGREE? When it comes to one’s true s

OKLAHOMA CITY 🔥 We’ll be in your neighborhood

Bullet proof glass can protect you and stop your d

AFTER 2.5 YEARS 🔫 We push the importance of tra

A NEGLECTED SKILL… When it comes to self-defense

GET TRAINED! 👊 If you want to build confidence