You are here: Home / Archives for Reviews / Classes

At Tactical Hyve, we encourage people to invest in quality training. It's great to have nice gear and guns, but if you cannot shoot well and are not prepared for a life-threatening encounter, all the money you've invested in products will be a waste of money.

There are so many tactical training classes out there, from basic pistol to long-range shooting, that it's difficult for people to know if a class and its instructors are worth the investment in time and money.

We will only highlight and review classes that we believe in and have gone through our vetting process.

You are here: Home / Archives for Reviews / Classes

To understand how we differentiate new, beginner, intermediate, and advanced shooters, check out this post. After you’ve honed in your skills as a shooter, it’s important to test your skills under stress and begin to learn how to apply your marksmanship skills in real-life situations. Rossen Hristov, the Director of Training at Tactical Performance Center, who you’ve … END_OF_DOCUMENT_TOKEN_TO_BE_REPLACED 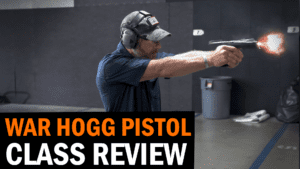 To understand how we differentiate new, beginner, intermediate, and advanced shooters, check out this post. A few months ago, I attended Rick Hogg's 2-Day War Hogg Pistol Class. Rick is a 29-year US Army Special Operations Combat Veteran with 13 combat deployments. He also was a Special Forces Advanced Urban Combat Instructor. I first learned about Rick after seeing … END_OF_DOCUMENT_TOKEN_TO_BE_REPLACED 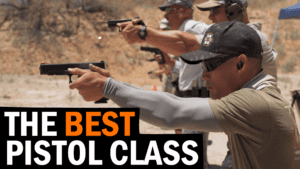 To go directly to the free videos series mentioned in the video, head to: https://tacticalhyve.com/tpc-video-series. Today, I want to address a question I get asked every week...If you've been following us for a while, you already know that we've been on a quest to find the best instructors and training to connect you, with them.After two years, I've now trained with over 90 … END_OF_DOCUMENT_TOKEN_TO_BE_REPLACED

Introduction Hey there, it's Myles from Tactical Hyve with another class review for you. I had the chance to attend JJ Racaza's 2-day, High-Speed Marksmanship class. JJ he is a highly sought after trainer, world-class competition shooter, and former Federal Agent. He is known throughout the industry for his movement, and his knowledge, experience, and accomplishments … END_OF_DOCUMENT_TOKEN_TO_BE_REPLACED

Introduction Hey, this is Myles with Tactical Hyve. A couple of months ago, I attended Jared Reston's Performance Gun Fighting Mod 1 class. Jared has been a police officer since 2001 and an active member of SWAT since 2004. I didn't immediately recognize Jared's name when I heard he was holding a class in San Diego, but a part of me thought that Jared was the same … END_OF_DOCUMENT_TOKEN_TO_BE_REPLACED 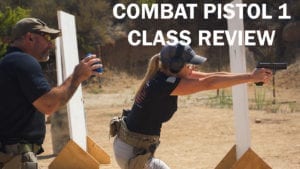 Introduction Hey, this is Myles with Tactical Hyve. Retired Navy SEALs Gordon Evans and Mark Cochiolo are two of Tactical Hyve's Subject Matter Experts. I've trained with them privately but have never taken a group class with them. With the demand for in-person training, both Gordon and Mark created Combat Pistol 1, so I was excited to see how they handle a bigger … END_OF_DOCUMENT_TOKEN_TO_BE_REPLACED 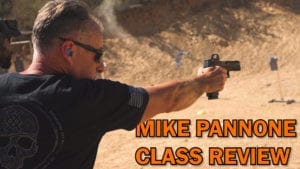 Introduction Hey, this is Myles with Tactical Hyve. I've wanted to take one of Mike Pannone's classes for a while, and a few months ago, I had the chance to attend his Hybrid Pistol Class. If you're unfamiliar with who Mike is, he is a former member of U.S. Marine Recon, a Green Beret, and a former member of Delta. He is a USPSA pistol shooter holding a Master class … END_OF_DOCUMENT_TOKEN_TO_BE_REPLACED 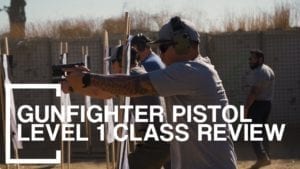 Here is the link to the article on Hard Target Focus mentioned in the video. Introduction Hey, this is Myles with Tactical Hyve. Today I'll be reviewing Fieldcraft Survival's Gunfighter Pistol Level 1 Class, taught by Raul Martinez. Raul is the Training Director and lead combatives coach at Fieldcraft Survival. He served with the U.S. Army and the Chicago Police … END_OF_DOCUMENT_TOKEN_TO_BE_REPLACED